Playing in the dirt... more than making pots


I started this blog years ago as a platform to talk about and showcase my artwork.  At that point my future pottery business didn't even have a name.  I was still learning how to work with clay as I experimented with functional and sculptural work.  One thing was for sure, Playing in the Dirt, was a good name for the blog as it had a couple meanings for me.

Long before I had my hands in the clay, I had my hands in the dirt.  My family was and is gardeners.  I grew up watching vegetables grow and picking strawberries from the side of the house.  The whole yard (a half acre) was my playground. I can still feel the soft, crumbly dirt between my toes and the rough bark of the apple tree.  Whenever I was having a hard time or just wanted to be alone, the old apple tree was my best friend.  I knew the curve of every branch and the quickest route to the top.  I had reading nooks and lookout spots and I felt at home.

My mom would can tomatoes and green beans every year and still does.  Those jars along with their potatoes will last our whole family through the year. No matter what was on the supper table you would always see either fresh quartered tomatoes or canned tomatoes in a bowl.  I've always loved tomatoes and would eat them like apples right from the garden.  My grandpa would grow cherry tomatoes for me because I loved them so much.

My dad grew up growing peaches with his family among lots of other veggies and rows of blackberries.  They would sell peaches from a farm stand along Rt. 8.  It was the main roadway back then.  It runs alongside the river and that's where I now make my home, alongside Rt. 8.  Grandpa would also sell peaches in a bar in Newport, Kentucky.  Every week they would deliver baskets full of peaches to sit on the end of the bar, and every week they would sell out.  My dad would go with him as a boy and wait in the back of the truck while grandpa was in the bar.  He sold peaches to the street kids for a nickel a piece.  Grandpa planted the peach trees in the field next their house in Alexandria, Kentucky, while the kids were young.  The kids grew up as the peaches grew and matured just as the kids were maturing into teenagers and adults.

We bought our house in Melbourne, Ky, in 2016 and spent a lot of time renovating the inside from top to bottom.  The outside has slowly seen change.  The vegetable garden was the first to go in and then some additions to the flower garden on the east side.  The biggest change came this year when two very large trees were taken down on the west side of the house.  First by wind, then by lightening, and a handful of local folks finished the job.  It was quite a shock at first.  Each tree was around 100' tall and the silver maple had at least a 6 foot diameter at the base.  I took the trees for granted and was at a total loss when they came down.  The pine tree had damaged our roof the year before in the wind storm and this year the maple crushed our fence and landed in the street.  There was little time to process as the trees had to go.  I tried to savor each step of the removal process and the boys loved having a transforming jungle gym –from branches to logs and stumps to mulch piles.

To get around to the back of the house and garden, we typically walk past where the trees had been.  My two sons and I are outside a lot, and so a lot of time has been spent walking through this space.  A blank slate was in front of me and just like starring at a blank canvas, a vision started to slowly form.  Could I expand the vegetable garden to cover where the pine tree was?  What about the space in the front yard where the maple was?  Maybe some fruit trees? The front yard gets the most sun.  I've tried to convince my husband several times to put the veggies in the front yard, but they landed in the back with plenty of sun to do just fine.

With the help of friends, a vision started to become a plan, and the plan turned to action. I’m so excited to start this journey and can’t contain the excitement.  That’s where the blog and Instagram account (@playing.in.the.dirt) comes in. The blog will still serve as a space for me to share my pottery process but will also be a space for me to share my journey as we transform our .4 acre into a small homestead.  I now have another avenue to be creative – within the landscape surrounding the studio and our home.  Whether my hands are making a pot on the potter’s wheel or planting some veggies, I will always be playing in the dirt.

I hope you will join me along the journey and maybe learn something along the way. The greatest hope is that you too will be inspired to plant some trees and maybe grow some of your own food too. 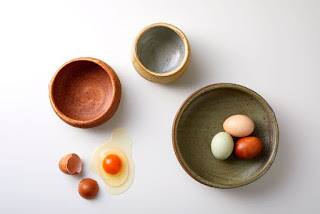 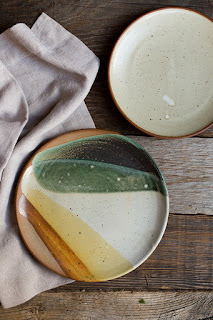 The Making of a Plate 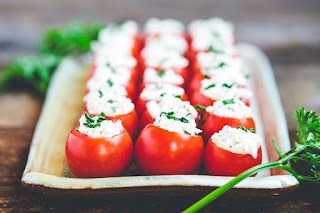 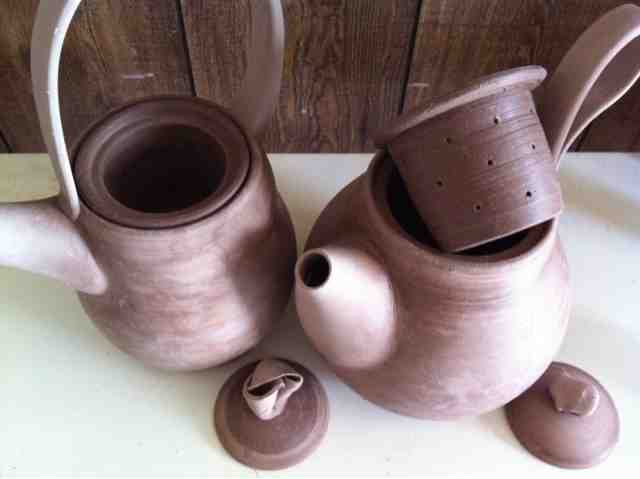 Teapots with built in infusers